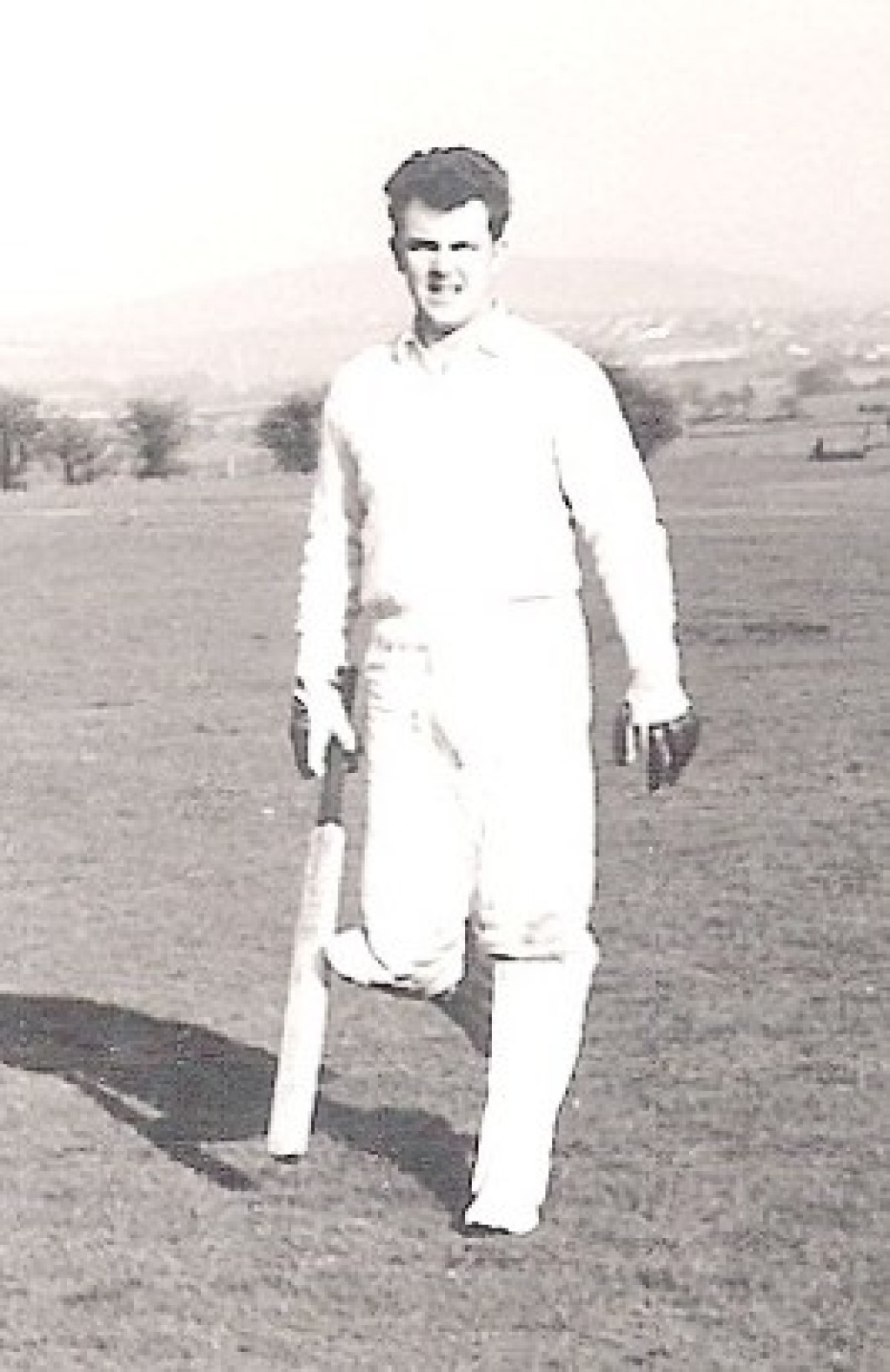 We lost another of our greats today, as we hear with great sadness at the passing of Bill Robinson after illness, and our sincere condolences go out to Pauline, Steve, Paula and Joanne and their families.

Dane Bank's greengrocer on Hulme Road for many a year, Bill recalled just a few years ago that he got involved in cricket after he had turned up at the ground one Saturday after finishing his morning shop duties at his dad's greengrocer's on Thornley Lane, where the old entrance was to the ground through the farm track (now Dane Bank School) and he was roped in to scoring even though he had never seen a game before or even knew how to score!

Bill soon got the bug and played a few junior games, there was only one junior team in those days as they played other teams around Denton and his energetic batting and fielding soon got him a place in the senior teams and he never looked back! Bill loved his time on the field with the lads, always with a joke up his sleeve and he was an all action left handed batsman and ......... sorry, it has to be mentioned....the inventor of the world's greatest trick for fielders.  Bill tried it 347 times where he pretends that a ball hit hard but straight to him was missed and he turned round and set off running after it for long enough to make the batters think there was run so that they began running and he would spin round on a sixpence and throw arrow like into the keepers gloves to run one of his victims out; sadly the ability to spin on a sixpence and throw arrow like had long since deserted him after the 5th of those 347 attempts but his team mates were always entertained!

Bill is seen here in the middle of young team mates Cooke and Bowden in his very early days, behind him in the distance is where our current clubhouse now stands, with Anson Road houses to the right.

Bill played with all the West greats over the years and was a regular with the first team but was happy playing with either of our teams. Bill is seen (back right) here  in 1953 alongside Messrs Kilner, McLaughlin, Hutton and Manchester United legend Roger Byrne to name but a few, in front our original clubhouse. 34 years later here we are with some more long serving team mates and Bill, with the biggest pads in the world, padded up to open the innings with his long time partner in crime Phil Derbyshire. Also in the side Pete, Simon, David, Ian, Bob, Alan, Walter, Ronnie and skipper Alan Aves.. 1987 this one, 34 years after the last and still dashing about between the wickets (and trying the trick!).

Bill's eldest Stephen was also a regular in our teams after captaining our junior teams and scored lots of runs in the green and gold.

We will all miss you Bill, thank you for being a huge part of our team here at West!