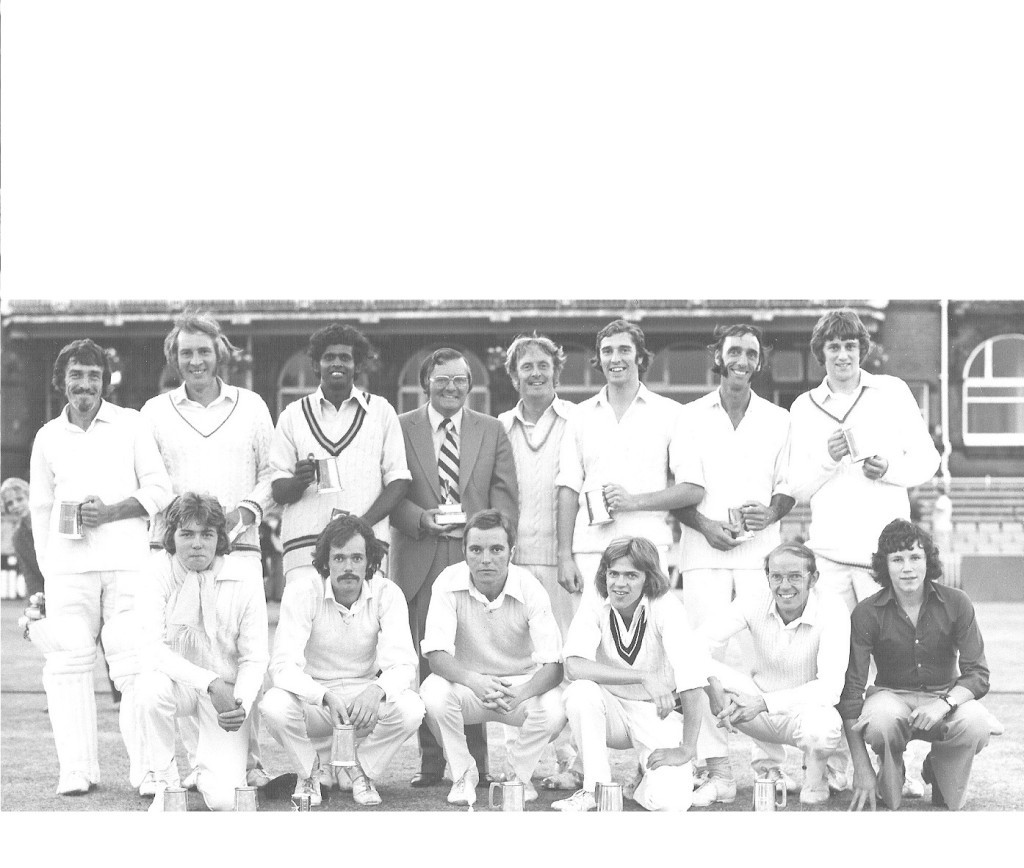 With great sadness we mark the passing of Peter and remember him for his love of the game.

Peter Sharples was our captain.
He led our first team in the mid 70s and beyond but took us to our first trophy for many years when we won the Walkden Cup in 1975 and then in 1976 we won the greatest prize available, the Lancashire KO trophy in the final at Old Trafford. A feat still unmatched by any other team in any league we have played in, although of course we did it again 40 years later in 2016.

"Sharps" was an old school player, he played because he loved the game.
In 1975 he flew back from a holiday in Paris to play in the cup final, hardly the days of Easyjet! He played all season for West and every year he spent part of his summer holidays from his job as a schoolteacher on tour with the Buxton travelling cricket team. He was officially a nuisance on tour - he drank and smoked plenty throughout the day (when not playing of course) and at night he was not someone to share a room with, he was the worst snorer anyone had ever met!

Peter loved the game but was never the best batter or bowler, pre match warm-ups in those days involved another cig (or three) but he got the best from the lads and pulled the team together. Off the field Peter coached our early junior teams and organised socials, many of which involved him and several thespian colleagues dragging in club members for a bit of am dram, and they regularly filled the clubhouse with friends, relatives and supporters to raise money for the club.

Peter led the centenary celebrations in 1980, the centenary of cricket being played on the ground, and he gets full credit for naming the ground Windsor Park in the 70s as his efforts contributed significantly to bringing in the biggest crowds ever seen on the ground, something we continue to be known for throughout the league.

In recent years Peter has struggled with his health but got to the ground when he was able with Marge leading the way and he always had a great tale to tell. We send our condolences and best wishes to Marge at this time.

In recent years we have lost so many legends of the club and we now mark the passing of another good guy.

Rest in Peace Peter, Denton West is what it is today because of you and your friends.