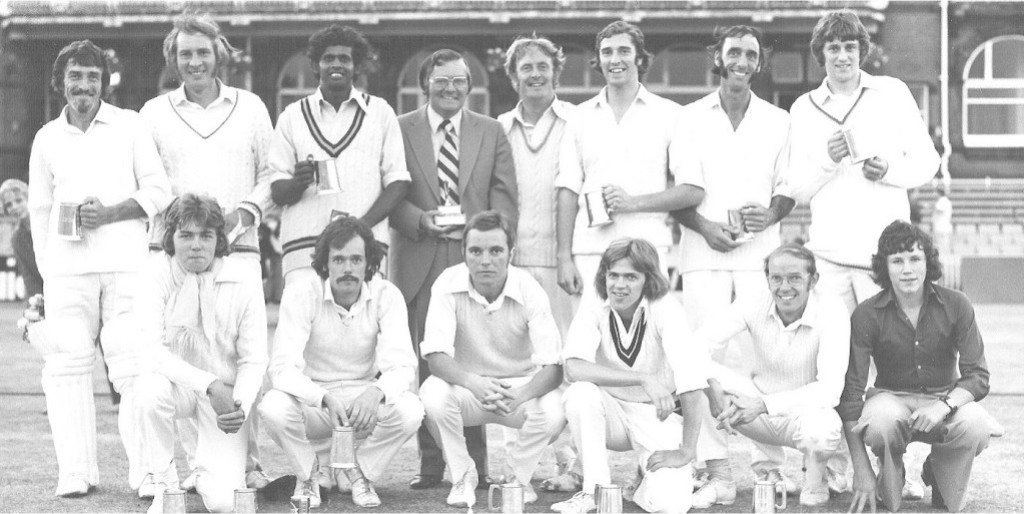 Its sad news again as we hear that our former player and chairman Ray McLoughlin has passed away.

Ray played cricket for West, umpired, became a club administrator and then a league official. He loved the game and couldn't get enough of it. He'd have done all those at the same time if he'd been able.

Ray was instrumental in bringing overseas professionals to West from the 1970s and particularly from Sri Lanka where he was highly regarded for his work with the development of Sri Lankan cricket into an international force after he helped so many players obtain jobs in England.

WIth Tony Opatha as pro the club went on to win the first of our Lancashire Knockout Trophies and Ray rightly took his place as the proudest chairman, and stood amongst the team in the winners photograph as we had beaten the big boys.

Never short of an opinion he continually prowled the boundary week after week, cheering on his players and professionals and doing what he loved best engaging with and often winding up, all our supporters, fellow team mates, and always had a special word for former opponents.

When West were unable to take on professionals, Ray was still finding players for other clubs and helped Bathiya Perera who had "pro'd" at West to find a professional job at Glossop CC where they both had a number of great years.

Ray gave so much to the club game, he will be missed but will always remembered alongside our club legends.

Cricket people like Ray come along rarely, we have been lucky to have had a few in our ranks and like those who have gone before, the club wouldnt be what it is now without the energy, commitment and love of the game that Ray and his team mates and committees from the 60s, 70's and 80's brought to Windsor Park.

Our condolences go out to Betty and Ray's daughter Lynne and husband John and also to all the friends he made across the globe including Bathiya and family and the Sri Lankan legends the Wettimuny family.